Habitats’ availability and conservation status (including species distribution and population status) are affected by the following key factors: habitat fragmentation and isolation as well as disconnecting the existing wildlife corridors by road infrastructure development and excessive urbanization.

Development of road network and an increase in traffic (especially where roads cross important wildlife corridors for large carnivores) largely contribute to an increase in traffic-related animal mortality. It is, together with poaching, the most important threat to this species particularly in regions with low wolf density (ex. Western Poland, the Czech Republic) where death of a single individual may have a significant impact on the entire local population. 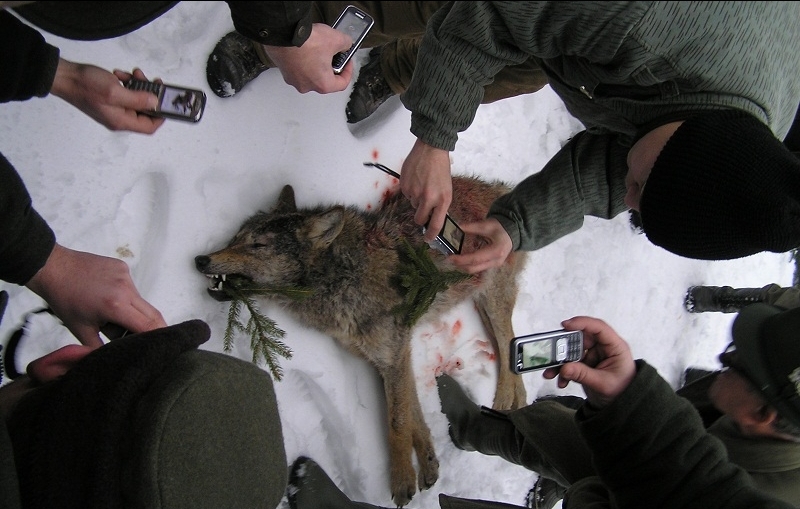 In Slovakia the dominant cause of wolf mortality is hunting. Each year approx. 120-159 individuals are legally killed (Kaczensky et al. 2013). Intensive hunting, particularly in frontier zones, significantly impacts the wolf populations which inhabit Poland and the Czech Republic border regions. On one hand, it contributes to direct elimination of the individuals inhabiting frontier zones, on the other it negatively affects the rate of recolonization or even serves as a sink and thus contributes to decrease in wolf population size (or its severe decline, as observed in the Czech Republic) in regions neighboring with Slovakia (Bufka et al. 2005, Nowak et al. 2008, Kaczensky et al. 2013).