The Eurasian lynx is the largest European felid. Its body is slander, its tail short and fluffy with an all-black tip. It has characteristic triangular ears topped with long, black tufts of hair and a long grey-and-white ruff formed by long neck hair.

Size and weight of adult individuals vary between sexes. An adult lynx ranges in length from 70 to 130 cm (not including 16-18 cm of tail) and stands up to 65 cm at the shoulder. Its weight ranges between 12 and 32 kg.1) The characteristic internal structure grants lynx great flexibility and strength needed for chasing prey and hunting (Okarma i Schmidt 2013). Long and powerful legs with broad paws constitute a perfect adaptation for moving in deep snow. Lynx is digitigrade. Its fore foot has 5 fingers and hind has 4. Thick and silky fur has splendid isolating properties. Its coloring greatly varies between individuals from light to dark brown, some forms are marked with distinct and numerous black spots while the fur of others is almost plain. 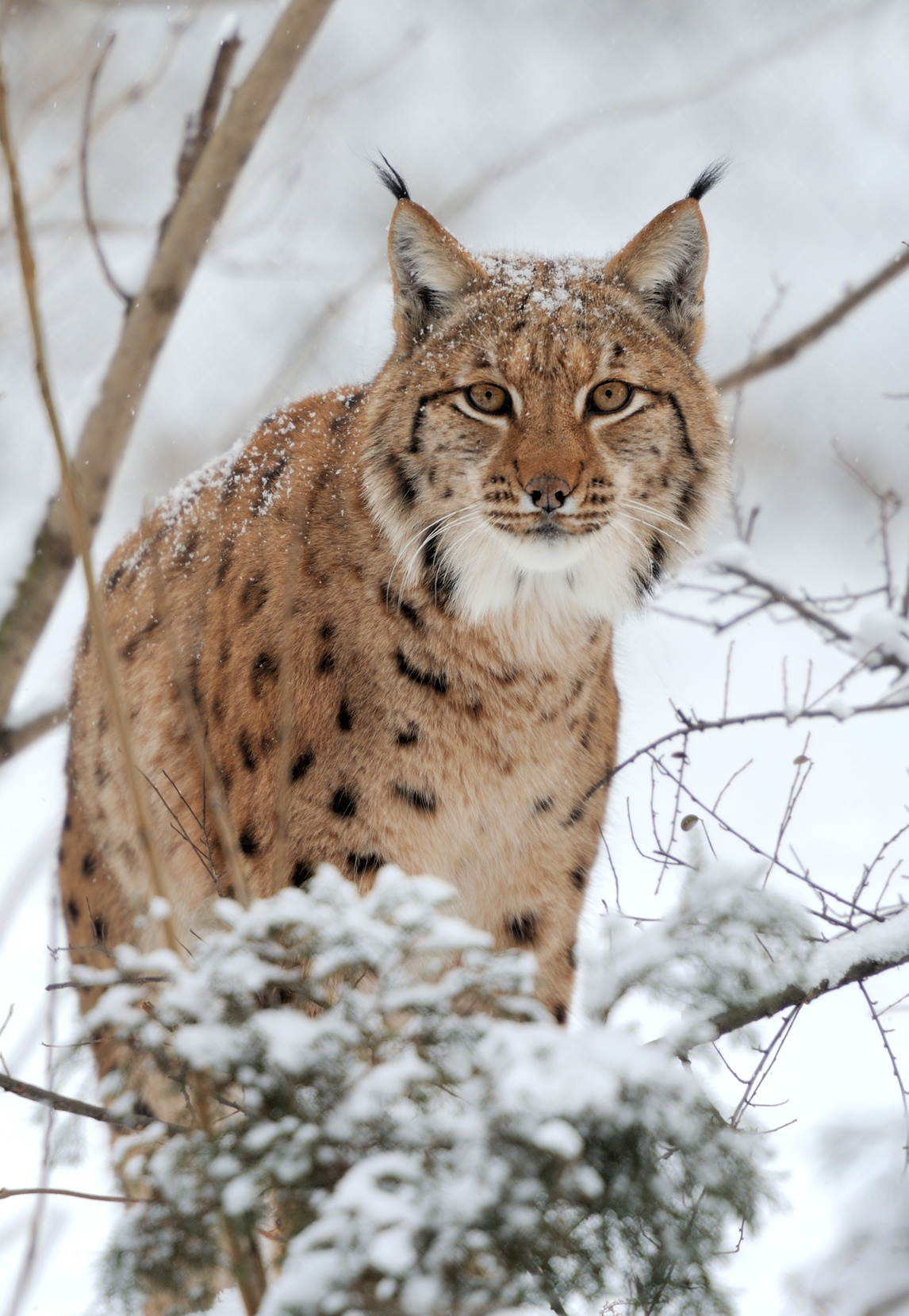 Fur color of Polish lynxes significantly varies across their range. The individuals from Northern Poland (often referred to as the lowland population) are flaxen, with no spots on their backs and sides. Spots and stripes can be visible only on their legs. The heterogeneous color of lowland lynxes is probably a result of their limited genetic diversity. The lynxes from the Carpathian population are characterized by a clear pattern formed by spots and stripes of different shapes (Okarma i Schmidt 2013).

Lynxes have formidable sight. They have binocular vision and can, like other members of the Felidae family, perfectly assess distance between objects. Their eyes are adapted for distinguishing moving objects in conditions of dim light, including night, though visual acuity is limited. It is assumed that the range of sounds the lynx can hear may reach 60-70 kHz, just like the domestic cat (Okarma i Schmidt 2013). The position of external ears and the ability to move them enable lynx to precisely locate the source of sound and increase its hearing sensitivity. Lynxes use their sense of smell mainly in social interactions.

Lynxes are carnivorous. Adaptations to this diet can be seen in both their teeth (reduced number – 28 permanent teeth for cutting and crushing) and their alimentary canal (short and straight).