Brown bears are mostly solitary, though the observations from the Bieszczady Mountains indicate that they can also tolerate the presence of other individuals if there is plenty of food available. 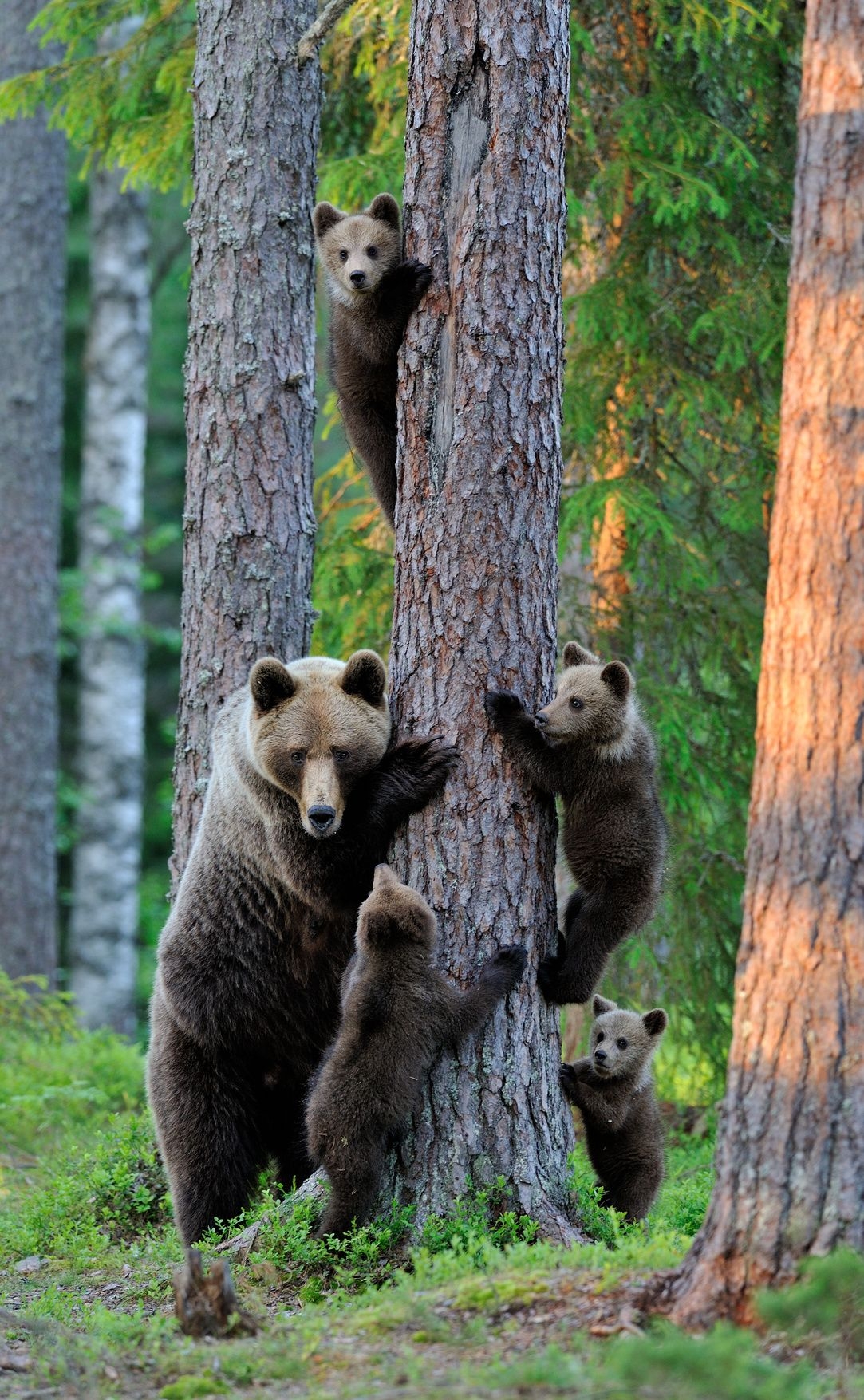 Mating season starts in May and finishes at the beginning of July. The female may copulate with several males. The female undergoes delayed implantation (embryonic diapause) – the proper development of an embryo starts no sooner than after 5 months from insemination. The diapause also makes it possible that cubs from one litter have different fathers. Bear cubs (usually 1-3) are born in a den during winter hibernation – from December to March (Spady and in. 2007). They are blind, naked (which makes them highly vulnerable to hypothermia) and weight only 350-500 g. Only the mother takes care of them and may stay with them up to 4 years (Steyaert et al. 2011). During this period the female does not enter oestrus. IIt is probably the mating season which creates an impulse for the young to leave their mother and thus the family group breaks down (Selva et al. 2011).

In late summer and autumn bears forage intensively accumulating fat – their energy reserves for winter hibernation. They spend winter in a den which usually is a hole in a rock or under a fallen tree, but a den can sometimes take form of a ‘tent’ made from trees knocked over by bears in young forest stands. If winter is warm and high energy food is abundant (for example at hunting bait stations) males can remain active or their rest may be irregular.