Wolves live in family groups (packs) with specific social structure. The size of a family group depends on food availability within its territory – the abundance of prey. In the areas where large ungulates such as moose or red deer are the base of wolf diet, the groups are more numerous. Most probably, the packs hunting for smaller prey are smaller too as the food resources they can use are smaller or scarce (Schmidt and Mech 1997, Mech and Boitani 2003). In the Carpathians the family group consists of 2-12 individuals, but its average size is 4-5. 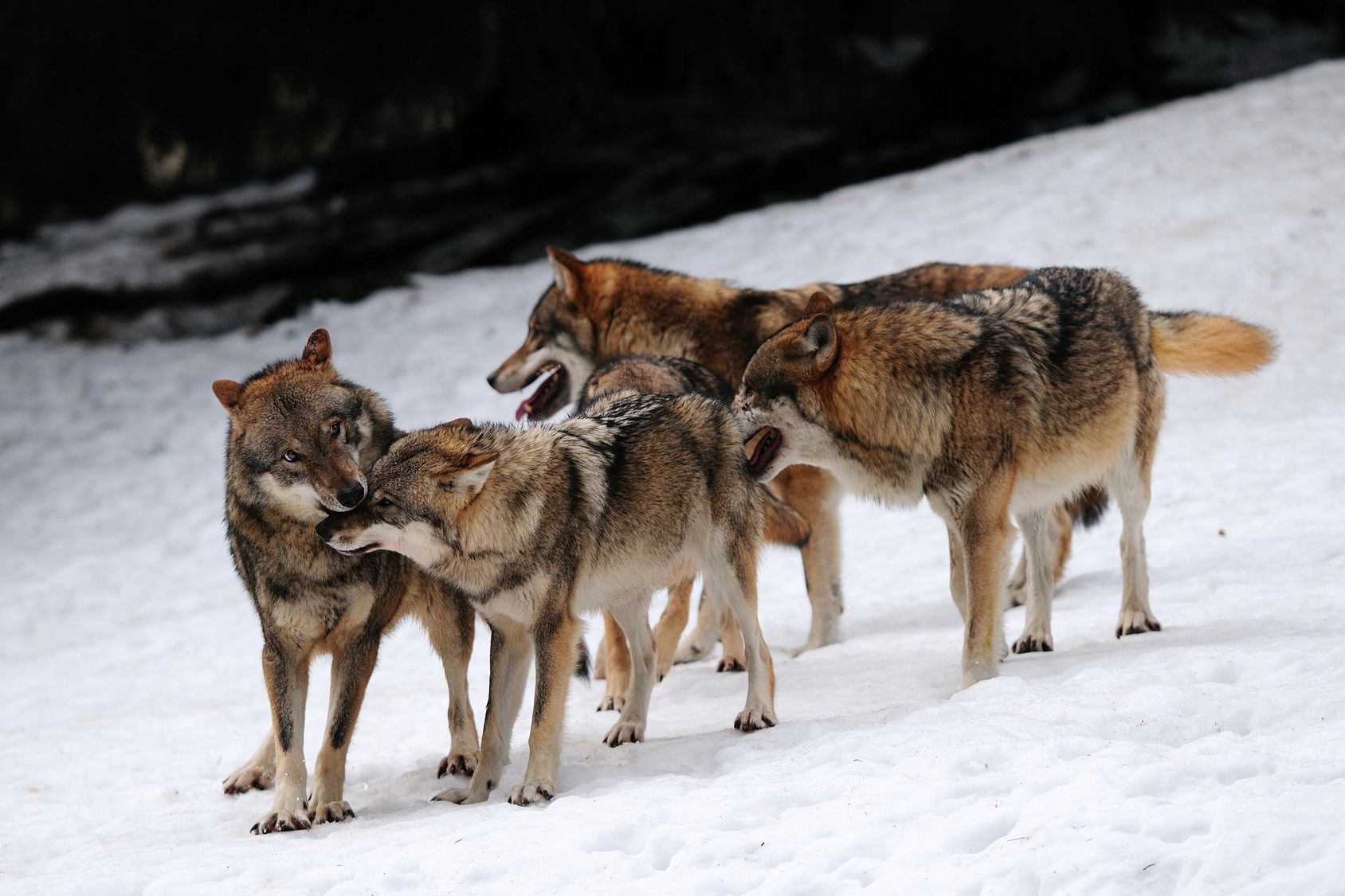 The group is formed by the breeding pair (the dominating pair, usually the only one breeding), the young from the past several years and sometimes the individuals that are not genetically related. Lone wolves are young who leave their family group in search for partners and territory and those from broken packs. The breeding pair mates in February, the young are born in May. The breeding shelter is usually located in a place difficult to access and close to water. The birth takes place in a den or under a fallen tree. It sometimes happens that females give birth on the ground, in a hollow well-covered by vegetation. The shelters of all kinds are very difficult to locate as the female keeps them well-hidden. Some of the dens may be used successively in the following years. The litter size is usually 4-6 pups, but mortality rate among the young is very high and only 2-3 make it till winter.

The young are born deaf and blind. They spend their first weeks in a den or other shelter, under the care of the family group, mother’s milk being their only food. After several weeks they are usually taken to another hiding-place. After leaving their shelter in July or August, the young start to play in the vicinity of the den and under the close care of the adults, which marks the beginning of the socialization process. Milk is replaced with meat which the adults regurgitate. Learning to hunt begins when the young are 7 months old. They travel long distances with the adults and, with time, start to participate in hunts more and more actively. The young stay with their family for 10-54 months (22 month on average). The main factors which determine how long the young stay with their pack are food availability and the capacity to feed larger group (Wierzbowska 2010). After leaving their family, young wolves migrate in order to find their own territory or to join another wolf pack. Migration distance of young males tend to be larger than that of females’. The longest wolf dispersion distance noted to date was 900 km. It is assumed that the main factor determining the chances of a young individual to establish oneself in a new territory is the chance to achieve reproductive success rather than food availability (Mech and Boitani 2003).